It’s easy to see that the CBD market has been on the rise in recent years. There are products out there that aim to treat every ailment that comes to mind. We find this to be especially true when it comes to sleep aids.

Turning to a natural solution is understandable. Despite the fact that over-the-counter sleep aids may make you feel like you’re dragging the next day. And melatonin might not be doing anything at all.

We want you to get the best sleep you can. But we’ve noticed that it’s hard to find an in-depth discussion of why CBD and other cannabinoids work so well for sleep in the first place.

This post aims to show why CBD oil could be the best new addition to your nighttime routine, and what it can do for you. We’ve talked about the endocannabinoid system (ECS) before and how important its role is in bringing the body into balance (known as homeostasis). That includes your mood, your appetite, and your sleep cycles. People need cannabinoids like CBD to be in their system in order to be healthy. And for people who are cannabinoid deficient (meaning their body doesn’t produce enough endocannabinoids on its own) their ECS could have a wide variety of imbalances including:

Any of these can contribute to a sleepless night. CBD oil works to bring these functions into homeostasis by enriching and strengthening the ECS with cannabinoids like CBD which will in turn be able to optimally modululate these regulatory functions. In the case of sleep, bringing these functions – such as inflammation – into homeostasis will help to regulate a healthy sleep-wake cycle.

Think about it this way. CBD and other cannabinoids are not sedatives, but rather address sleep problems by strengthening the ECS – the system responsible for controlling sleep at its source.

According to a study in VeryWellHealth:

In a study of 72 adults with primary symptoms of anxiety and poor sleep, over 65% of the patients improved their sleep quality scores after taking daily CBD (average dose of 25 milligrams) for one month.

This improvement was sustained over the duration of the study (a total of three months).

OK Great, But How?

Your body already produces cannabinoids, called endocannabinoids, that are not coincidentally most commonly found in breastmilk and in young vital people.

It’s theorized that as you age your body struggles to produce endocannabinoids, so it becomes of increasing importance – same as with vitamins and minerals and sometimes estrogen and testosterone –  to supplement your diet with cannabinoids that come from plants, called phytocannabinoids.

CBD is a type of phytocannabinoid – a cannabinoid that comes from plants. We often think of hemp plants when we hear about them. But did you know it’s also in other leafy green vegetables that we wouldn’t immediately think of? Kale and broccoli come to mind. However, CBD oil is a concentration from the hemp plant isolated from THC (or contains negligible amounts), so you’ll never feel high when taking it.

Think about consuming cannabinoids like CBD as eating your vegetables. If you don’t eat your vegetables you don’t feel as good – you don’t recover as easily. You might be more anxious or struggle to focus right?

What is the best amount to take?

Dosage is something that can vary from person to person. While ingesting CBD, we recommend starting with a medium dose of 25mg.  Don’t get me wrong, due to an immediate influx of cannabinoids into your system CBD supplements can have an almost immediate impact on, say, someone’s ability to sleep (light the night of), but it should first be, as mentioned above, viewed as a more long term investment related to general health.

If your sleep does not improve at 20mg per dose, we recommend doubling the dose. If doubling it works then we recommend lowering it until you find the “cost effective sweetspot” where it’s working but at the same time you’re not wasting your money by doing more than needed. Having said that, don’t be shy about consistently upping the dose until it works for you.

If you are not sure if it’s working you can also try consuming it twice per day for 5 days in a row, and then take 2 days off. What often happens is people realize it is working as they won’t feel as good or operate as well as in the previous five days. Again, ;ike eating your vegetables, bringing your regulatory functions into homeostasis.

Methods for delivering CBD into your bloodstream include sublingual oils, softgels, gummies and transdermal patches.  We love our Full Spectrum CBD oil as a dietary supplement and can’t recommend it enough.

Lastly, we would love to hear more about your experiences. How did CBD oil improve the way you sleep? Iif you have any further questions, sound off in the comments section below. We’d love to hear from you. 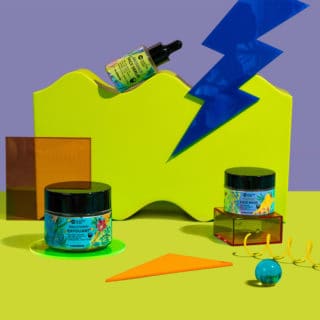